Busting the myths of professional app use

You might think you know how professionals use mobile apps – but do you really? The latest Airbus mobile app survey took an in-depth look at how professional organizations go about getting apps, how they use them, what their priorities are and what they expect of their app vendors.

The results deliver some surprises so let’s dive in and bust ten myths of professional app use.

Well, the truth is they do. Consumer smartphones continue to be the most popular device for using apps – the figure is around 75%, with laptops the next most popular at 47%. Rugged smartphones are also used, with around one in four respondents to the survey using such a device.

According to this years’ survey, they certainly do. Most users, some 67%, download their apps from generic app stores like Google and Apple. This means that most app adoption does not look like it’s being professionally managed.

Myth 3 - "Professional users are on top of app security"

Download the full results of the survey in report format: "Users look for secure professional apps" 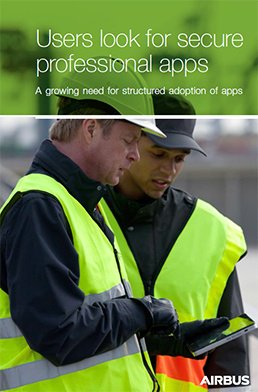 Not as much as you might think. Searching for apps in the commercial application store, reading reviews and learning about new apps at conferences or events were the most popular ways to identify potential applications for use. In fact, recommendations by friends were only a little more popular than the response “My IT department decides”.

In fact, a lower percentage of correspondents are using field command apps, such as computer aided dispatching. This might show that apps are being used as more of an add-on rather than as an integral part of the organizations’ operational models.

Despite the potential of these technologies, fewer than 10% of respondents have used AR or VR apps. Is the technology not mature enough or have no suitable apps yet been developed? Or maybe it’s because the use cases are not yet clear. But we’ve seen that once they see some ideas and the possibilities, professionals become very interested.

Respondents still use a lot of voice, even with mobile apps. The most popular accessory to use this year with mobile apps? The good old earphone and headset. Some 51% of respondents mentioned this, showing that voice is still very important.

This is another trend that just happens not to be true. When asked about their plans to adopt new devices, only 6% of respondents said they had plans to use TETRA only devices. Put together, nearly 60% of respondents have plans to adopt broadband-capable devices, but they want them to be hybrids, possibly offering broadband and TETRA - this has remained the most popular type of device for two consecutive years of the survey. 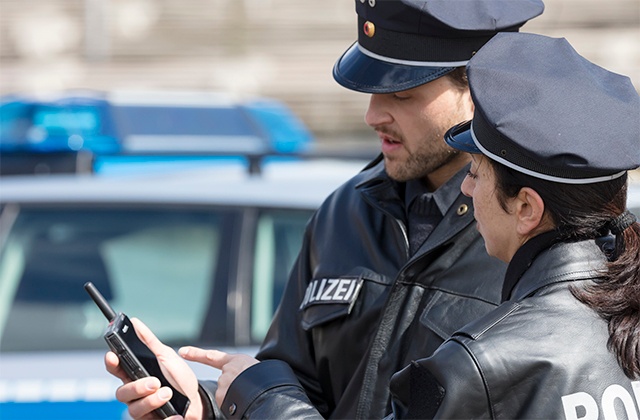 Myth 9 - “They use apps to integrate with control rooms”

Not so much as you’d think. Field command and situational awareness apps are used by around 25% of respondents. This is strange considering how popular video apps are.

A large offering of different apps does not seem to be very important. This has been the least appreciated requirement throughout the survey history, with only 6-8% of respondents choosing it.

More important is that mobile broadband vendors must demonstrate they have experience in critical communications solutions – and increasingly in mobile apps as well. What’s more, their solutions need to be up to date, working on the latest smart device platforms.

Now download the report that summarises the findings from the Airbus survey - see if you agree with the findings: 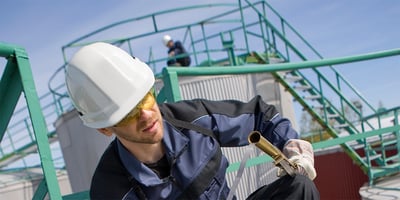 Fear? Not if you secure your push-to-talk cloud the right way! »

Many professional organizations see a lot of potential in having their communication services hosted in the cloud, but have some concerns about data security. Should they be afraid of the cloud? ... 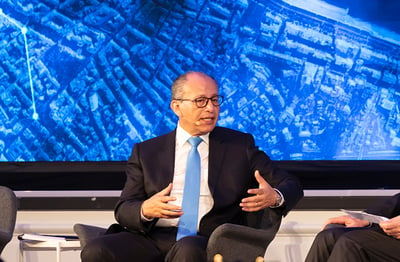 If people don’t trust the police, they are less likely to call them for help, undermining the justice system. Recognizing the importance of public confidence, Querétaro state in Mexico has...