Have your wishes come true yet?

Think back five to ten years. As a professional mobile radio user, what capabilities did your radio lack and that you wished it could have? Today, have your wishes come true?

Well we asked several users and here are the top five things from their wish list – see how many you agree with.

Data on the move

Although voice communication is the mostly widely used feature, professionals wanted more possibilities to retrieve important information from different databases. This was seen as particularly important when in the field, with rapid access needed to help operations go smoothly. Typical examples include checking vehicle registration plates or individual social security numbers. Data use is so widespread that it has now overtaken voice in some areas. Another wish was to be able to connect external devices to the radio, such as an RFID reader or a portable printer. Reading a driver’s license and printing a ticket on the spot saves time and money. Users also wanted cameras to be integrated into the radio rather than being an external device - being able to take photos and share them with colleagues and dispatchers was seen as a major bonus.

AVL (Automatic Vehicle Location) has been a basic requirement, with standard GPS functions no longer enough. The wish was to get more advanced and even better automatic positioning features, mainly to increase users’ safety. Lifeguard, “Where are you” and Work Alone type solutions and automatic triggers make users safer.

Getting personal with your radio

Tailor-made radio was not only a wish of individual users, but also of organisations.  The desire was for radios to adapt to their needs and ways of working, not vice versa. Radios should have mandatory features and be easy to use, preferably with short-cuts and special keys. Features not used in a person’s duties should ideally be hidden or removed from the menu to make use quicker and easier. On the other hand, users want their personal settings always available. And what was the "Number 1” wish? Well, there was no doubt about that, with professional applications topping the list. Practically all users want good, secure, professional applications, shown on a large, clear screen. These can make their working day more efficient and easier by reducing manual work and phone calls and saving time. Most users are very motivated to use apps as they already use them in their private life with smartphones. If you are one of them, why not check which of these nine professional applications would work for you too?

These were wishes from the past which have now been granted by being incorporated into the TETRA radios. But how about the future wishes of TETRA users? Take a peek:

Do you have this wrong idea about IP protection ratings for mobile devices? »

What do you think - which mobile device has better protection against dust and water, one with IP65 classification or another that is IP67 rated? IP67, right? Because the number is bigger? Wrong.... 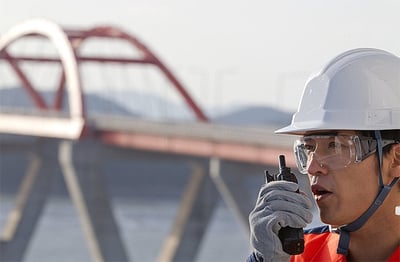 Do you know the secret about Watts in your PMR radio? (Nobody else will tell you) »

Did you believe that higher output power in your PMR radio gets you better radio coverage? If so, think again.