Elancourt, 17th May 2022 – An Airbus-led consortium has reached a milestone by demonstrating the operability of its solution in Phase 3 of the BroadWay project to increase the interoperability of critical cross-border communications.

The BroadWay project intends to concretely show how it is possible for firefighters, police officers or emergency medical units to move from their country to another country while remaining seamlessly connected to their operational hierarchy and being able to collaborate with colleagues from another country on cross border missions.

After having successfully completed the technical feasibility tests during phase 2 of the BroadWay project the Airbus consortium demonstrated the operability of its solution during Phase 3. As such Airbus solutions allows the joining of groups from one MCX system to another and maintain harmonized quality, priority, and preemption profiles during roaming across mobile networks. Groups of practitioners from one organization can communicate with groups of practitioners from another organization with the same prioritized access to radio resources whatever the country they are in and without having to disclose end users’ details or operational detail of individual systems. Testing confirmed the performance and operational interoperability of the solution with a third-party system.

“One of the challenges addressed by Airbus in the BroadWay project was to define a concept that would allow this interoperability while protecting the security and control of each organization. It’s about protecting the end users' information while sharing efficiently a fully operational multi-media communication channel,” said Eric Davalo - Head of Sales & Program Delivery Europe at Airbus SLC.

Final pilot phases are planned during June/July 2022 which focus on the      simulation of a forest fire in Ljubljana, Slovenia and the interception of drug smuggling in Kerkrade, The Netherlands. These pilot phases will involve practitioners from across Europe, mostly carrying out local response activities, and others cooperating remotely from different countries.

If you have any queries or comments, please get in touch with our press contacts below. 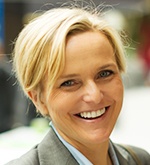 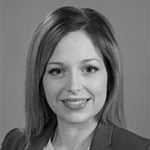 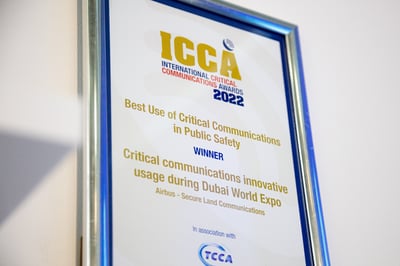 Vienna, 21 June 2022 - Airbus’ critical communications in Dubai World Expo has won the prize "Best Use of Critical Communications in Public Safety” during the annual International Critical... 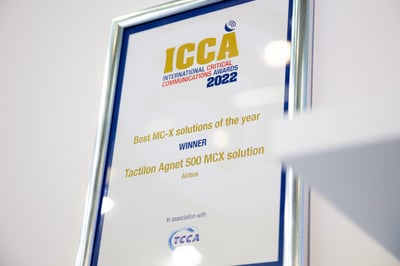 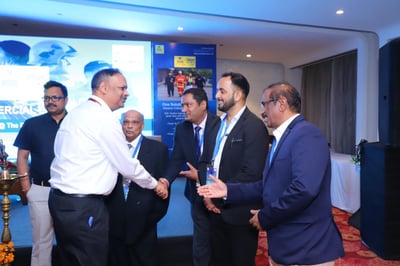 Vienna, 21st June 2022 –  After a phase of implementation and testing, the Tactilon Agnet 500  developed by Airbus Secure Land Communications(SLC) is now being fully operational in India in...