Tactilon Dabat with Super Connectivity (SC) is a mission critical smartphone and a TETRA radio in one. It is a hybrid device because it can operate in two kinds of mobile networks:

Like the original Tactilon Dabat, Tactilon Dabat SC is designed for professionals who need to make sure they stay connected. With Tactilon Dabat SC, they can rely on three networks: the TETRA network and a choice of private or public LTE network. The device will also know which of the broadband networks to prefer.

with Smart and Hybrid Roaming

Tactilon Dabat with Super Connectivity (SC) is designed for professionals who need to make sure they stay connected. They can rely on three networks: the TETRA network and a choice of private or public LTE network, with unique Smart and Hybrid Roaming features. The device (TD-2) will also know which of the broadband networks to prefer.

Discover a NEW experience when moving in and out of your vehicle while communicating on your smart device! Get the details on Ergo Plugin for Tactilon Dabat – download the datasheet.

Watch this video and find out how. 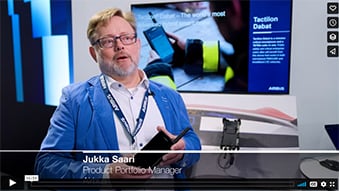 What does Super Connectivity mean?

The original Tactilon Dabat is also capable of hybrid roaming.

Communications over Tactilon Agnet 800 are protected by a secure VPN client.

Smart roaming is a new capability in Tactilon Dabat SC. This device can use two different broadband networks in addition to the TETRA network.

For example a private LTE network and a public broadband network.

The only notable difference between Tactilon Dabat and Tactilon Dabat SC is that the latter has an extra roaming option - Smart roaming in addition to Hybrid roaming.

Find the comprehensive technical details on Tactilon Dabat SC: download its technical specification. Just fill in the form on the top of this page.

It has super powers!

Tactilon Dabat with Super Connectivity boasts two 3GPP SIMs. It will prefer the private LTE network over the commercial option. Users will be connected to the private network as long as possible because that is the optional environment for them.

Watch this video and learn what Hybrid roaming means. You can see it in action!

Three great tips for you

No-one can afford to miss these!

Use it to communicate with TETRA radio users. Enjoy the TETRA features and talk groups in your Tactilon Dabat SC and get the benefits of both TETRA and broadband!

Watch this video: it gives 17 examples of great radio features and functions that help you with your tasks. 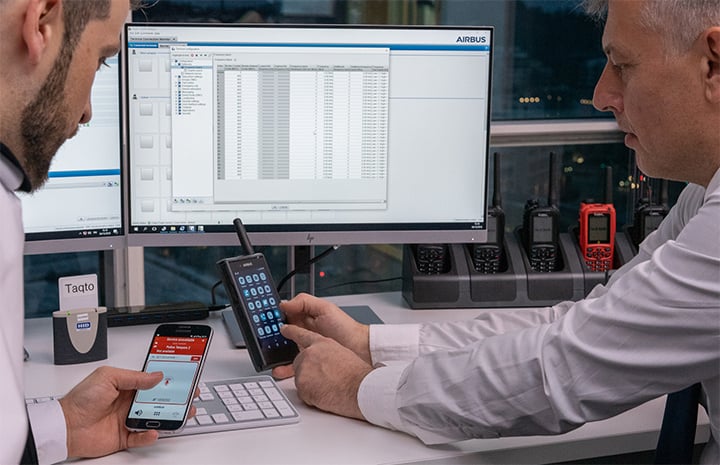 Taqto saves you time and money because you can manage many devices with a single click. You can update their software, or set new parameters - securely over an IP connection. 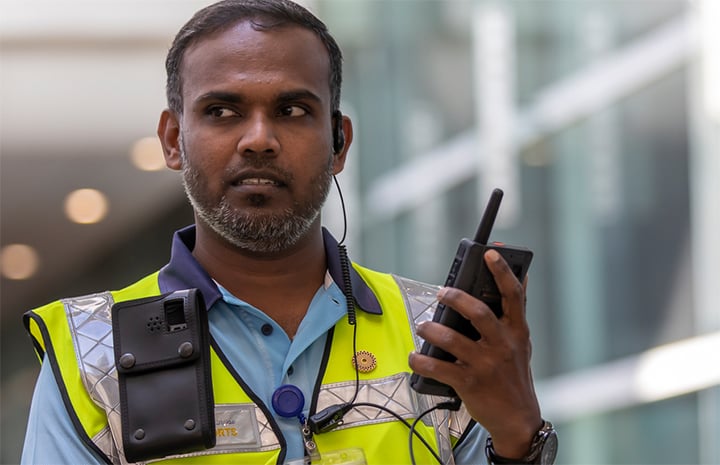 Accessories can make a difference

In everyday work, it's important that your Tactilon Dabat is equipped with accessories that best suit you and your tasks.

Thank you for your interest in this dual-mode TETRA and Android device. Would you like to get started with a purchase? Perhaps you are interested in a demo or in Tactilon Dabat price information?

Click on the button and fill in the form that opens. The details you give will help us prepare for our next interaction.

What are the first things you need to know when your organization wants to adopt mission-critical smartphones (such as Tactilon Dabat SC) and apps?

Your organization or enterprise may already use smart devices for non-critical purposes. Adopting them is a more straightforward process, but how should you approach the adoption of smartphones into critical operation?

Take note of the 7 topics in "The first things you need to know about adopting mission-critical smartphones and apps" blog post. It is your first, easy step on your  journey from traditional radio communication to complementary and mission-critical broadband.

Don't miss out on the exciting possibilities in the new, hybrid world!

The hybrid insider email newsletter updates you on hybrid devices, hybrid apps, and the new ways of working in hybrid environments.

You'll get an informative email once a month – just opt to stay updated!