A professional application that could save your life

At a major accident, casualties need to be treated as soon as possible. But what if there are more injured people than ambulances to carry them?

The solution is effective triage – deciding who needs to get to hospital immediately and who can be treated later or at the scene. Today it’s done manually using coloured paper labels – but there is a better way.

Paramedics and doctors arriving at an accident face a chaotic scene. Vehicles are overturned. Some are on fire.

Casualties have different injuries. Some have just cuts and bruises. Others have crush injuries or burns. Still others are trapped in the wreckage. Where do the paramedics start?

Not everyone can be taken to hospital right away. It may be that there simply aren't enough ambulances to do that. Also, which hospital will they go to? What treatment should be ready for them when they get there?

This is where triage comes into its own. Triage is a professional classification of people’s injuries to ensure the most serious cases are dealt with first. Triage ensures that resources are used in the best way, so that more people can survive and suffer less long-term trauma. But how is it done in practice? The standard method is to go round the casualties and give each a coloured paper label. Each colour gives a different treatment priority.

Each category of patient must also be counted. The paramedics do a simple tally with pen and paper.

But what if many casualties are spread out over an extended area? Can paramedics be sure they haven’t counted some twice or missed others completely? It’s easy to make mistakes under pressure.

Even more importantly, the command centre needs to get an accurate picture of the situation at the scene. Today, paramedics report the triage situation by voice. The tally may not be correct and relaying it by voice creates another possibility for errors. What's more, this verbal exchange takes time and ties up the paramedic and his/her radio. And, with a chaotic, noisy accident scene, can paramedics guarantee that the command centre has heard them accurately? The command centre also has to record the triage situation into a system and use it to manage the overall response, allocate the resources and instruct the hospitals.

At every stage, errors can be introduced. When it’s a matter of life and death, something better is needed.

A better answer - a triage application

What if instead of voice, data could be used? A data-based system would be much more effective and would not take up valuable voice communications. Errors can be reduced and the command centre, ambulances, and hospitals would get quick, accurate information. The ideal would be a triage app that works over TETRA. Not every emergency service uses broadband yet, so this would ensure it could be used as widely as possible.

A quick, accurate, efficient triage app? One that works on the radios and network you already have?

The good news is, it already exists – see the new way to run triage on video, then download article "Sometimes it's better not to talk" from Key Touch 2/2016 and see how this professional app could save lives. 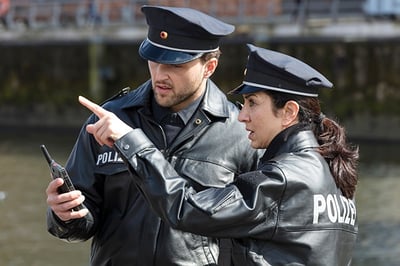 Why do people think hybrid solutions are a good idea? »

What do organizations seek to achieve with hybrid networks? Over the last five years, visitors to the Airbus/SLC website have been asked this when they have expressed an interest for hybrid... 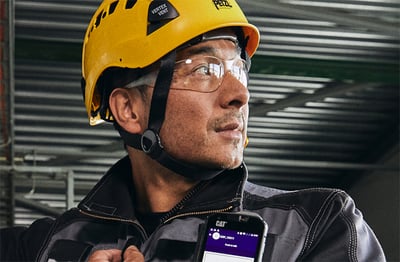 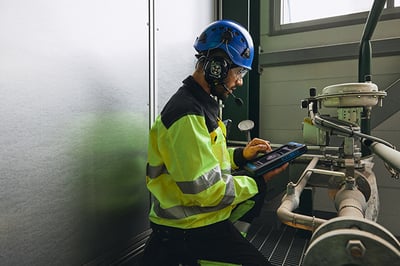 What is the surprising benefit from Industry 4.0 for enterprises? »

Did you know that there is a way for enterprises and industrial sites to get a surprising benefit from Industry 4.0 transformation? Put your data backbone to work and you could fix things faster,...