Smooth operators - what do the best performing airports have in common?

It’s very likely that you have travelled at least through one airport in 2015. And even if you didn’t, you are certain to know that modern airports are very much like small cities or large villages. Hundreds or thousands of people work there to ensure smooth passage for the travellers.

There are almost 1,000 airports in the world, and more are being built. The number of air passengers is also on the rise.

Many times, things are fast and smooth and queues are short. Sometimes, however, one gets unlucky and has to spend extra minutes or hours at the airport.

Several organizations publish airport rankings, each from their own point of view. These criteria often contribute to the final ranking:

- Travellers' overall experience at the airport

Why do some airports perform better than others?

The airport operator has the key role when it comes to airport performance. The best operators plan and execute well.

The following airports have the best travellers' experience according to SKYTRAX World Airport Awards:

The airports marked with an asterisk * have adopted TETRA/Tetrapol radio communication. The majority of the top performing airports, that is.

Another indication of airport performance is how well it manages the flow of passengers (PAX).

I took a look at the list of the airports with the most PAX on international flights.

The airports marked with an asterisk * have a growing number of passengers. Most of them also have digital TETRA radios in use.

The secret to airport success

Good radio communications over TETRA help the airport operator manage a larger number of passengers through the airport. I also believe that this generates new business because good communications help ensure smooth operations at busy airports.

In 2014, more than 1,000,000,000 passengers travelled through airports that have adopted digital TETRA/Tetrapol radios. 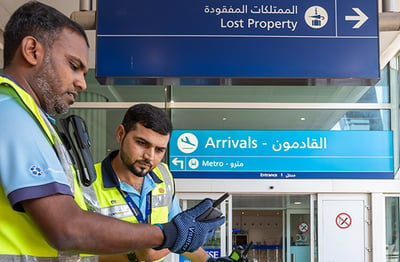 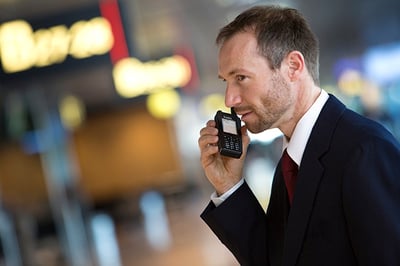 Airports depend on professional radio communications to run their operations smoothly. By going ‘smart’ and adopting a hybrid network that delivers the best of both TETRA and broadband broadband... Why a hybrid network is a great idea for airports »

Arriving at an airport, whether for a holiday or a business trip, you expect things to go smoothly. Check-in, security, luggage handling, boarding – all depend on good communications.  This blog...