Professional apps vs. mainstream apps – what is the difference?

Imagine a police officer, or anyone who uses a professional radio. They may look at a smartphone and then at their radio and think: “I could use some of these smart apps in my job. They would make my work a lot easier and more efficient.”

Could it work? Would it be a good idea? How do consumer apps differ from professional apps?

So, are consumer apps suitable for use on a professional duty device?

The short answer is no – personnel such as police officers, firefighters and business users need professional versions of smartphone apps, ones that meet the specific demands of mission-critical and business-focused users and devices. 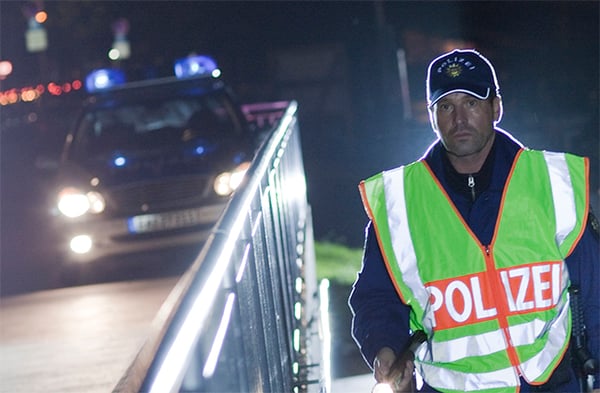 Ideally, these professional apps will allow “faster reactions, faster operations” – as one Airbus SmarTWISP app developer summed up the benefits of its critical communication video app.

For more about the rationale behind developing apps for critical communications markets, see interviews of some SmarTWISP members on video. 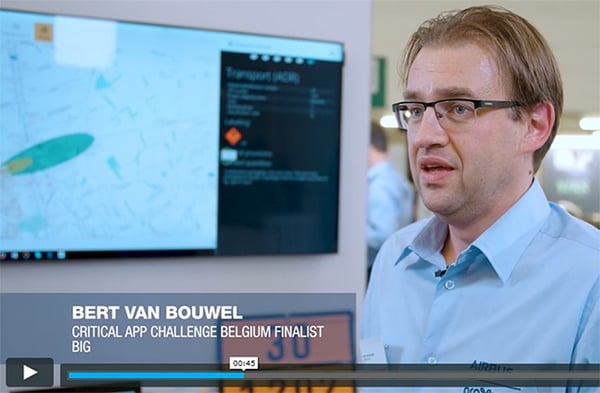 How should professional apps be controlled?

Facing critical situations and with lives at stake, an organisation cannot allow just any app to be downloaded and used - it must have the final say on which apps are used and how.

What makes things even more complicated is that in professional networks, an additional user group of tactical operators is often needed. Working as a link between the technical network infrastructure team and the users, these people define the communication groups and users’ rights, and sometimes the users’ roles as well.

These operators will also define how apps should work from a tactical point of view. 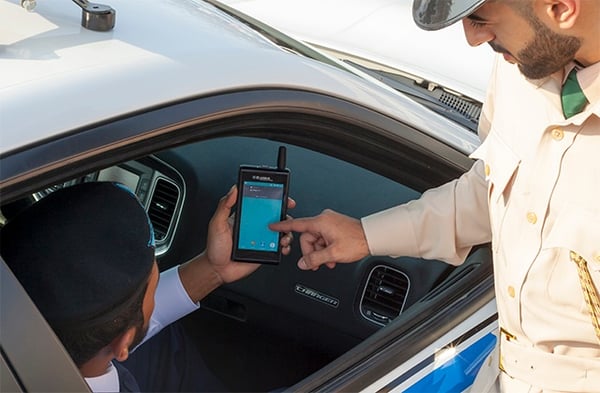 Let’s take as an example a talk group of three people. One of them pushes the radio PTT key and can instantly speak to the other two.

Now, these three people would also like to use a messaging app to share photos. This means that a similar group should exist for the messaging app. Therefore, the person in charge of tactical operations needs to be able to manage and control the app and related access rights.

Key takeaway:
It is not enough to have apps - there must be a way to operate them tactically as well.

How should professional apps be set up on devices?

Above all else, users need to trust that apps are being uploaded to their smart devices safely and securely - imagine the chaos that could ensue if spyware got into professional duty devices.

This means that the “app-store” for security professionals must be organised differently from those for mainstream users. The applications developed by different companies have to be certified to work correctly and safely. What’s more, they cannot be uploaded to duty smartphones (such as to the Tactilon Dabat smart device) without a digital signature from the device manufacturer.

What do people expect from professional apps?

The 2020 Airbus survey into the state of the mobile apps market identified three stand-out characteristics that professional users value the most in their apps:

The first two are not so important for consumers, but they are crucial to mission-critical and professional users.

Yet, security and reliability do not rule out the third important priority – ease of use. Even a tool should be fun to use, and mission-critical and professional apps can have the flexibility and user friendliness of the best consumer apps. And of course, it’s an advantage that users might already be familiar with them.

What do people want from the apps that they use professionally? Download the 2020 report on the survey into the state of professional apps: "Fingertip access to the latest trends in mobile apps" 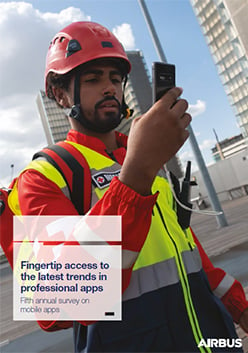 What do developers think about professional apps?

The smart device and its apps must work together. A police officer at an incident scene must not be compromised because of compatibility issues. Similarly, reliability and security must not be jeopardized.

Developers of course understand this, yet some professional requirements may still come as a bit of a surprise. An app developer participating in an Airbus App Challenge told us: “We were actually doing a demo for the oil industry and were told that the particular device we were using is not certified for use in this industry because it could start a fire - that’s something you don’t take into account when you do consumer stuff.”

Watch this video see how an App Challenge went beyond what everyone expected.

Another App Challenge participant explained that developing apps for critical communication markets “has opened our eyes to see that good software can change the world – by helping public safety officers to save lives and work more efficiently every day”.

Watch this video for more comments from app developers. 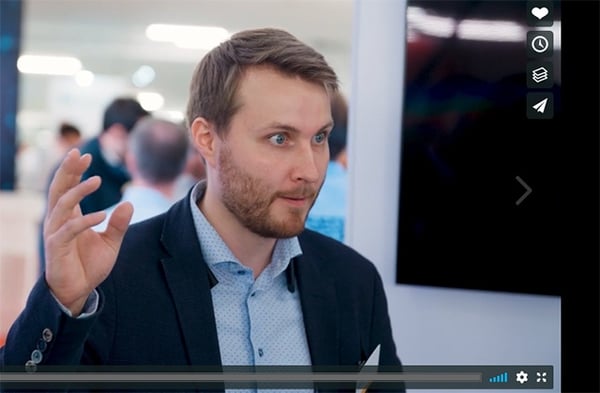 Whether it is the oil industry or public safety, security needs to be taken seriously. It has to be the starting point of development when applications are created or further developed based on their consumer market versions.

If you are interested in developing professional apps in the Airbus apps ecosystem, why not apply to join the SmarTWISP programme?

Should professional apps be simple or complicated?

When it comes to apps, there are differences even between the needs of different professionals. A public safety user sometimes works in a very stressful situation and communication tools must be simple and easy to use correctly. In an industry environment, users can be expected to have the time to use more complicated apps. 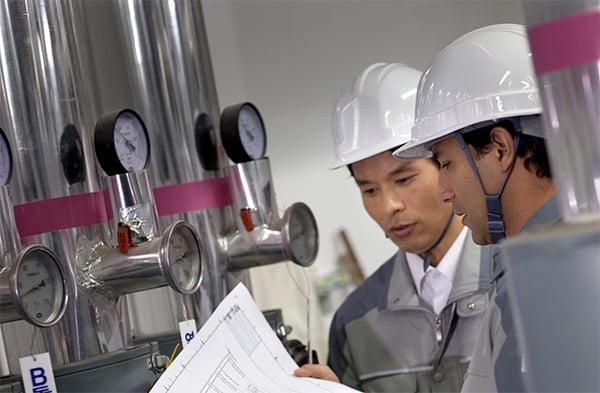 What does the future hold for professional apps?

It will be fascinating to see what 5G will bring to the industrial environment – for steering and controlling sensors, actuators and for intelligent and autonomous machinery. And 5G may mean a whole new world of possibilities for public safety LTE.

Quality of Service (QoS) is a prerequisite for critical communications services. Learn about the prioritization mechanisms which need to be available also in commercial mobile network operators' (MNO) networks used by mission-critical users: download "Quality of Service in 4G/5G networks" 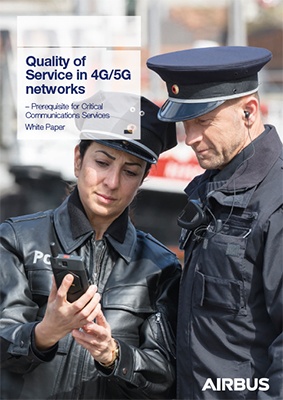 Clearly, the introduction of 5G networks will bring a lot of potential, but also many challenges.

Which professional apps are already here?

See a list of different apps developed for the Tactilon Dabat device and available in the Airbus apps ecosystem: take a look at the Apps catalogue.

--- Editors's note: This blog post was originally published in November 2018 and has since been updated with links to new content. 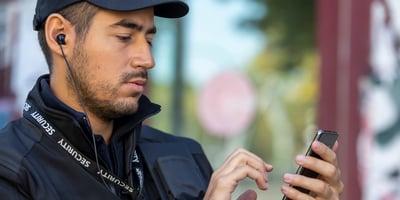 According to Airbus' fifth annual mobile apps survey, one of the biggest challenges faced by user organizations is finding apps that solve real problems, while also being secure. To help you... 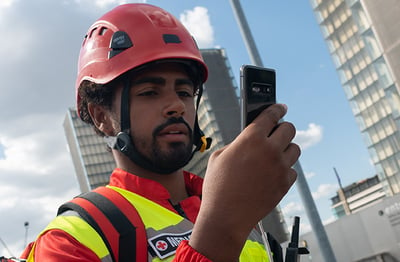 Users are increasingly ready for secure, professional and even cloud-based apps to be part of their operations. This is one of the notable trends revealed by Airbus’ latest survey into the...