Expert advice: 5 things that professional push-to-talk can do

In contrast, in cellular systems, linking up several people to talk together requires setting up a conference call or using a push-to-talk app. Even then you’d only get basic group communication, little more than a simple walkie-talkie group call.

Here are five examples that plain push-to-talk can't deliver - but the best professional radio can.

1. Filtering out the distractions

When group communication follows a hierarchy, everyone in a team will hear only what matters to them. Everyone can focus on what they need to do without being distracted by irrelevant information.

Take an example from fire fighting. The fire chief is in control at the scene of the fire. He uses a special talk group to communicate with the leaders of the fire fighting teams. The team leaders talk with their own fire fighters in a team-specific talk group.

The fire chief does not need to know what every single fire fighter is saying to make informed decisions. In fact, if the chief hears about the challenges in the field directly, he may give part of his attention to solving them, distracting him from his core task - controlling the whole incident.

The fire fighters will also hear only the information relevant to them. This is very different from the analog days when the people in the field all used the same channel and  everyone heard everything said over that channel. In the heat of the action, it is very effective to speak to the selected group using the main PTT key on the radio and use another, secondary PTT to contact a group higher in the chain of command.

Takeaway: Push-to-talk is not complete if it cannot deliver communication hierarchy.

2. Control of who gets into a group

A professional radio system makes things easy for authorised users and blocks unauthorised ones. The secret ingredient? Control in more than one dimension.

First dimension: it’s essential to control who is allowed to communicate in a particular group. Memberships can encompass the whole organisation, department or team.

Second dimension: there must be control over whether or not the user can actively listen to a group. This ensures flexibility and better privacy.

Take the example of a temporary co-operation talk group for a fire chief, police chief and medical chief. This co-operation talk group can be defined in the system in advance, with these chiefs as members of the group. An authorised dispatcher can activate this group at any time. He will just send the group definitions to the chiefs over the air. All three chiefs can start following the communication in that group right away.

It’s simple because the rights of their organisations do not have to be changed, which is not the case in systems with only one dimension of control.

Takeaway: Push-to-talk is not professional if access control mechanisms are too simple.

3. Those who need priority can get it

Imagine a communication system with 200 different talk groups. What if every group had the same priority? The answer - people would get their turn to speak in the order they pressed the PTT key.

But in professional systems, some people need to get through more urgently than others. Priorities are a must. An advanced radio communication system lets different groups have different priorities. This works together with priority scanning, where a user will hear a higher priority call, even when there is traffic on a lower priority group.

Contrast this with analogue systems. Users remain on a particular channel until ordered to change. Even when there is relevant communication on the other channel, they will not hear it until they manually switch to that channel.

Takeaway: Professional operations will not work without priorities.

When you define talk groups into the system, it’s important to consider geography as well as the team roles. Groups set up according to location are meant to be used within a particular area. In contrast, groups defined according to team tasks are used for a specific purpose. These groups are usually available anywhere within network coverage.

You should also be able to change the geographical areas of talk groups flexibly, without renumbering the groups or re-configuring the system.

Takeaway: A radio system can support a huge variety of operational models when it lets you define groups by location and by task, and also lets you define different priorities for the groups.

5. The system knows what you want, which makes life easier

Without knowledge and control in the system side, user organisations would have to use simple communication structures. In the most drastic case, everyone in the field would communicate in a single talk group, or an assigned person would receive everyone’s reports and direct people to the right groups. The person would manually maintain information on who is communicating in which group.

Takeaway: Simple push-to-talk is just that - simple. If your operations are not always simple, be sure to choose a solution that can meet your operational needs.

When looking at your options for secure communications, check these five things to be sure that your group communication isn’t just plain push-to-talk. Tactilon Agnet is an example of a push-to-talk app which does deliver on a professional level.

Push-to-talk in your smartphone? Download a handy checklist that helps you identify the push-to-talk app that will meet your professional needs: 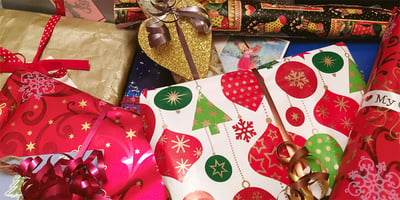 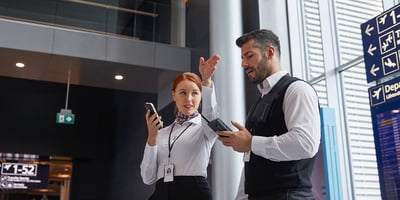 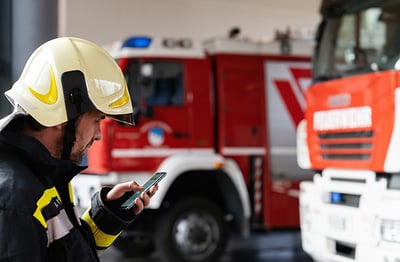